A werewolf - also known as a lycanthrope - is a legendary creature that is said to have originated from European folklore. It is a human being that has the ability to alter its form into a wolf-like animal typically when there is a full moon, gaining unnatural strength and enhanced senses through its transformation. Over the centuries, these creatures have been described in various ways, though the most common physical description of these beings is that of a humanoid creature with lupine features: hair all over the body, pointed ears, piercing eyes, a canine muzzle, and clawed digits on both hands and feet. Werewolves are also described as being capable of moving about either on two legs or on all fours with ease.

The werewolf is a widespread concept in European folklore, existing in many variants which are related by a common development of a Christian interpretation of underlying Indo-European mythology which developed during the medieval period. From the early modern period, werewolf beliefs also spread to the New World with colonialism. Belief in the werewolf developed parallel to the belief in witches, in the course of the Late Middle Ages and the Early Modern period. Like the witchcraft trials as a whole, the trial of supposed werewolves emerged in what is now Switzerland (especially the Valais and Vaud) in the early 15th century and spread throughout Europe in the 16th, peaking in the 17th and subsiding by the 18th century. The persecution of werewolves and the associated folklore is an integral part of the "witch-hunt" phenomenon, albeit a marginal one, as accusations of lycanthropy were involved in only a small fraction of witchcraft trials.

During the early period, accusations of lycanthropy (transformation into a wolf) were mixed with accusations of wolf-riding or wolf-charming. The case of Peter Stumpp (1589) led to a significant peak in both interest in and persecution of supposed werewolves, primarily in French-speaking and German-speaking Europe. The phenomenon persisted longest in Bavaria and Austria, with persecution of wolf-charmers recorded until well after 1650, the final cases taking place in the early 18th century in Carinthia and Styria.

There are a number of ways in which people may have become afflicted with lycanthropy, according to folk legends and modern media. Such reported methods include drinking rainwater from the pawprints of a wolf, casting off all clothing and donning a wolf-skin belt, by calling upon the powers of the Devil through a Satanic pact, or getting bitten by a werewolf. Those who have become werewolves are also capable of spreading lycanthropy like a disease, infecting victims through scratches and bites.

In many werewolf tales, those afflicted with lycanthropy will transform when exposed to the light of a full moon. In some cases, subjects may turn into werewolves any and all nights regardless of the moon's visibility. Some sources state that the transformation is permanent, whereas others state that the werewolf will revert back to human form with the coming of the dawn.

Depending on the source material, werewolves are said to be bipedal, quadrupedal or capable of interchanging between them at will. They possess all the senses of a true wolf, but their physical strength is greater than either wolf or man. Werewolves might be capable of transforming at will or have no control at all, perhaps only changing once and then be doomed to remain in a bestial form forever. The werewolf's mindset is also different between mediums; some depictions of werewolves retain their intelligence and memories, others do not and undergo severe mental changes, becoming more savage animal than human.

Werewolf weaknesses and vulnerabilities vary between different mediums. Most versions merely possess superior strength to humans and have no supernatural immunities, meaning they can be stopped by conventional weapons but are still hardy and resilient. Other depictions of werewolves state that they are immortal and indestructible unless exposed to a specific element or remedy. Many modern depictions of werewolves are stated to be allergic to silver and others can be cured of lycanthropy through the use of different concoctions derived from specific types of plants. 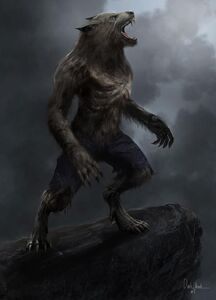 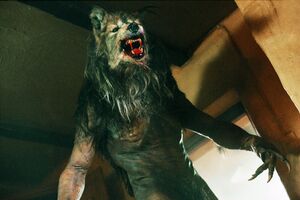 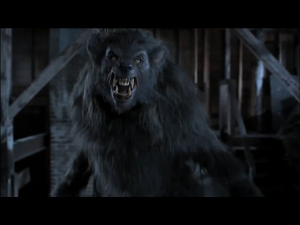 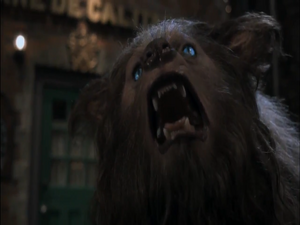 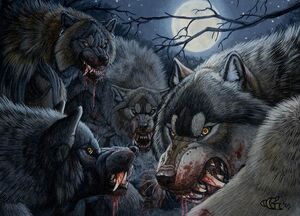