The Slender Man is a mythological creature that gained fame on the internet, appearing in countless memes, games and creepypasta stories. The appearance of Slender Man leads to many different emotions, the most common being fear. It is believed he abducts children. However, he has been known to attack any human no matter the age.

Slender Man generally appears as a tall man in a black or grey suit, red or black tie, and white shirt, with no eyes, mouth, or clearly defined facial features. It has no hair, and generally has normal-looking bare hands. Slender Man typically is depicted in imagery and literature as between 6 and 15 feet tall, depending on the situation, and in video as around 6-7 feet tall. It is believed by some that Slender Man has a face which is covered by a thin membrane of skin. However, this has yet to be proven for obvious reasons. 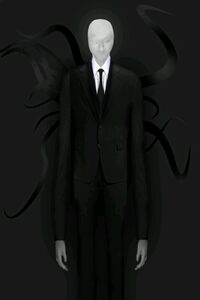 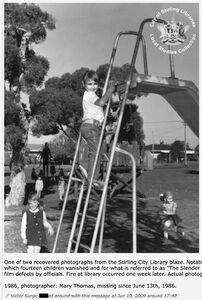 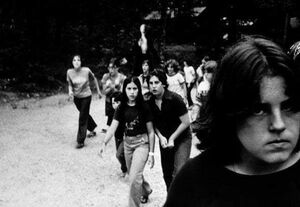 Original image of Slender Man from SomethingAwful
Add a photo to this gallery
Retrieved from "https://monster.fandom.com/wiki/Slender_Man?oldid=57824"
Community content is available under CC-BY-SA unless otherwise noted.