watch 01:47
Wiki Targeted (Entertainment)
Do you like this video?
Play Sound

Scarecrows are objects that are used to scare away crows but also have a dark side as they come to life at night and inspire fear in people.

In folklore from the British isles, crows were considered omens of doom and death. If crows were considered bad omens, then using a scarecrow to banish them seems to have a metaphysical as well as a practical purpose. These symbolic supernatural attributes are a reflection of the genuine virtues of the crow.

A scarecrow is a life-sized effigy of a human being, but could in no way be confused for an actual living person. They are classically used by farmers and propped up inside of a corn field to "scare crows" (as well as other wildlife) from eating their crops. Traditionally, a scarecrow is put together using baggy clothes such as jeans, overalls and flannel and stuffed with straw. The head is usually a sack or pumpkin of some kind, also filled with straw and adorned with a large hat. In speculative fiction, there have been a number of living scarecrows.

Scarecrows in the Culture Pop

Scarecrows are associated with Halloween in many ways. They are used as costumes and decorations. You might want to check out the scarecrow costume and The Wizard of Oz.

One of Batman's major rogue gallery foes is also based on a scarecrow, who uses fear to subdue his foes, and can be considered to a certain extent a Halloween-themed character. 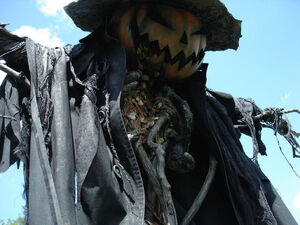 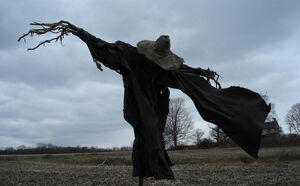 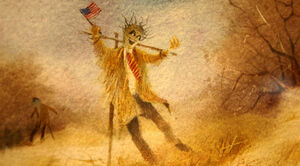 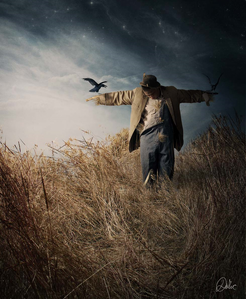 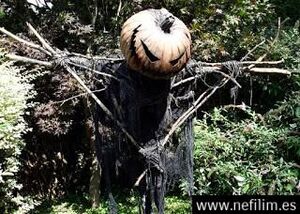 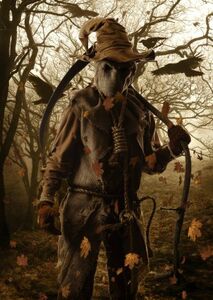 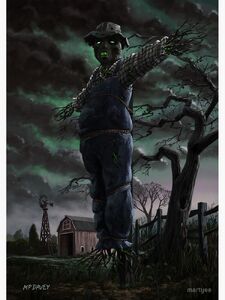 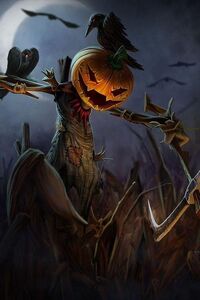 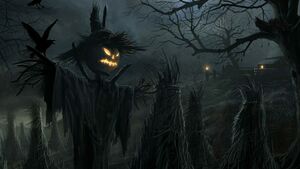 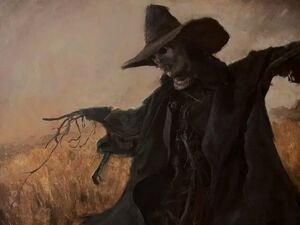 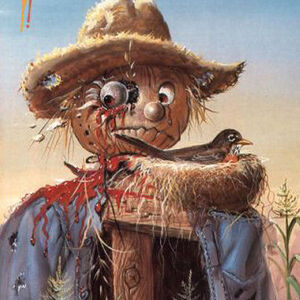 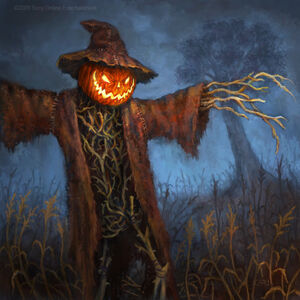 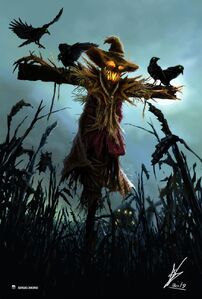 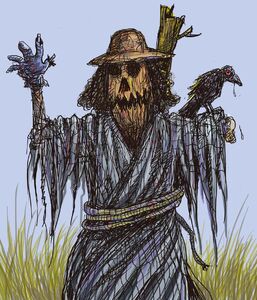 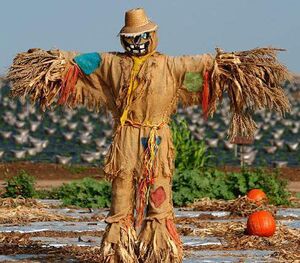 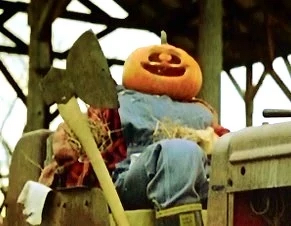 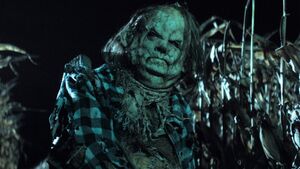 Harold from Scary Stories to Tell in The Dark. 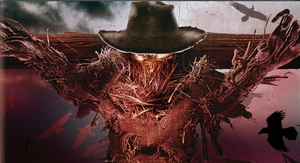 Scarecrow from The Messengers 2
Add a photo to this gallery
Retrieved from "https://monster.fandom.com/wiki/Scarecrow?oldid=59716"
Community content is available under CC-BY-SA unless otherwise noted.