View source
watch 01:43
DC Fandome - The Loop
Do you like this video?
Play Sound

An Onryo is a mythological spirit from the Japanese folklore who returned from the Otherworld (commonly known as Hell) seeking for vengeance.

They are mainly represented by women, although few male onryo can be found (extremely rare). Seemingly, they were peaceful and inoffensive in life and are victims of a love betrayal of their couples which are commonly represented as the responsible for their tragedies. After death, they become strong and dangerous.

Onryo can be dated to approximately the 7th or 8th Century. The idea of an evil ghost coming back from the Otherworld looking for vengeance was quickly believed in those ancient years.

In the Japanese folklore, these spirits were seen as the punishers of abusive and brutal men toward innocent and weak females, threatening them with unbearable and eternal torture if they continued with their aggression against women. In the early 1900s, the onryo became one of the most feared legends in Japan and other Asian countries.

Originally, the Onryo didn't have an official or recognizable appearance, but soon some of the people who were apparently "attacked" by one of them, agreed in one apperance.

They consists of a white and slender females, dressed with white but blood-stained clothes (mainly kimonos), marked green and purple veins and a black and long hair covering their faces. When they become angry (acting as a poltergeist), their hair bristles, revealing a deformed face or in other cases, with a mouth, but no eyes nor nose (almost faceless).

When they decide to manifest their selves, people who were apparently attacked by them, describe that the Onryo is initially found collapsed on the floor, looking as a common woman who is apparently unconscious. While approaching the evil ghost, a bad feeling and pain in the head (migraine) and chest can be experienced.

If the victim gets very close to the Onryo, she/he will start to move; making sounds that can't be clearly described as weepings or laughs and whispering incomprehensible words in an unknown language. When they finally stand up, they will start to levitate towards their victim trying to catch him/she with one of their hands. Besides, a dark and heavy aura surrounds them, which is the reason that causes the pain, leaving hair strands and now making acute growls.

As mentioned before, in life the Onryo were loving and loyal romantically, but their soulmates were not. Their deaths can be a result of a tragedy, suicide and in common cases, by the hand of the lover, which instantly becomes the reason of vengeance for an Onryo.

Usually, the Japanese people in those centuries though that the only victim of an Onryo is the man or woman (lover) who betrayed them, being the one responsible for their deaths. Sometimes, this seems to be the truth, in other cases the Onryo use other ways of exacting vengeance, like cursing the family or life of the betrayer, life and sometimes sentencing every woman to death if the betrayer speaks to or gets close to him.

In the modern era, the Onryo still are one of the most feared unnatural creatures in the world. It is believed that some paranormal stuff that happens in Japan are directly connected to one of these ghosts.

Also, in some films, books, comics or games the use of an Onryo is fundamental. Cynthia Velasquez, from Silent Hill 4 is probably the best example of them. After her death she returns from the hell, seeking vengeance towards the men who let her die. 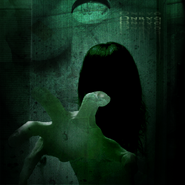 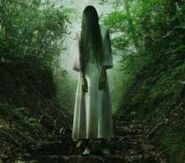