View source
watch 02:24
Wiki Targeted (Entertainment)
Do you like this video?
Play Sound

La Mona , also known as Mona Bruja, Monkey Witch and Dwarf Witch, is a character from a Central American legend of Chorotega origin. According to this legend, the monas were witches who, through ancestral indigenous prayers, shed their skin and grew their hair, their hands and feet were lengthened, transforming into a being similar to a large monstrous monkey. The monkeys could move at high speed through the trees, usually to deal damage to their enemies in surprising ways. They did so amid chilling laughter and hideous screams that chilled the blood of their victims, leaving them groggy or speechless for the rest of their lives.

The only way to get rid of these entities was when the victim mastered his fear and said counter Christian prayers, nailed a spider (a machete in the shape of a cross) into the ground, threw a fist of corn, mustard seeds or salt. , and he would throw the hat upside down, so that the Mona would wake up picking up the grains, without letting go of her until she repented of her spells and vowed never to disturb anyone in the whole region again. The myth of the witch who turns into a monkey receives other names, the most frequent being that of Mico Brujo, popular in Guatemala and El Salvador. In Nicaragua, legends of witches that transform into witch monkeys (or monas brujas), ceguas and pigs ("chanchas") are very common. The monas are usually angry women who transform to go in search of the men who abandoned them. Legend has it that women go to the chilamate tree, take one of its flowers that sprouts exactly at midnight and say the spell to transform themselves. Old women in small towns advised men to come out with their underwear inside out to scare them away. In Costa Rica, the term "Mona" is more frequent on the Pacific coast, in the provinces of Guanacaste and Puntarenas, since in some more deeply rooted versions of the Central Valley it is called "La Chancha" (it becomes pig or tapir), and in addition, there is a legend of another similar spectrum, the Micomalo, which, however, is supposed to be not a witch in the shape of a monkey, but the Devil himself.

The myth of witches transforming into monkeys is related to the Mexican tradition of the nahuales, a species of shamans of Mesoamerican cultures who had, among other faculties, the ability to metamorphose into animals, sometimes for malevolent purposes. With the arrival of the Spanish conquerors to America, the tradition of medieval European witches mixed with that of Mesoamerican nahuals, giving rise to many legends about people who could assume animal forms, legends that survive to present times, such as those of the Mona, the Cegua and the Cadejo. La Mona as a legend has its origin in the Chorotega people. The Chorotegas, of Mesoamerican origin, preserved many of the customs, myths, and traditions of the Aztec and Mayan cultures, including the belief in the powers of the Nahuals. During the colony, there was a variant of the legend of the monkey in the so-called (voladoras), women who could assume the form of large birds that soared through the air. 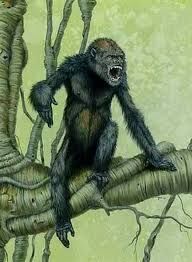 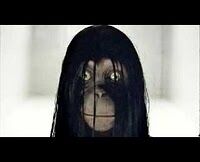 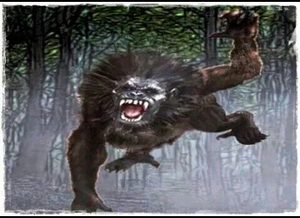