Monster Wiki
Register
Don't have an account?
Sign In
Advertisement
in: Aquatic Creatures, Monsters in Religion, Serpents,
and 9 more

View source
watch 02:24
Wiki Targeted (Entertainment)
Do you like this video?
Play Sound

Leviathan is a sea serpent monster of immense size. The leviathan of the Middle Ages was used as an image of Satan, endangering both God's creatures - by attempting to eat them - and God's creation - by threatening it with upheaval in the waters of chaos. As the demon of envy, it's classified as one of the Seven Princes of Hell, corresponding to the seven deadly sins. Leviathan represents the element of water. The element of water in Satanism is associated with life and creation. 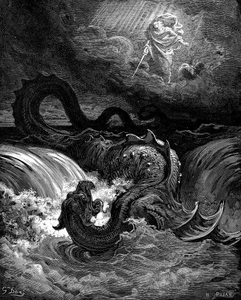 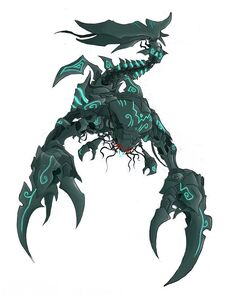