The Ghost Cars they are a type of haunted vehicles belonging various modern folklore.

The legends of ghost cars arose in the 20th century, predominantly in the American continent, even so in earlier times legends of other ghost vehicles such as ships or railroads also arose. The nature of ghost cars varies greatly depending on the myth and the place, they are generally vehicles owned by the spirits of deceased people, who died inside the vehicle, or due to a traumatic situation with it, there are also legends that ghost cars do not are related to the spirits of humans, but are dominated by forces of another type, such as ghost vehicles that are powered by powers from supernatural places, or ghost cars controlled by supernatural forces, such as demons or other beings that They use them as a means to achieve their dark purposes. Although ghost cars are generally associated with evil forces, the mythology of ghost cars also recounts events in which the entities or that dominate the ghost cars are positive, and non-violent, seeking a quiet existence or transition.

The Ghost Cars became famous thanks to the arrival of popular culture and so many people were inspired by this phenomenon in cinema, literature and TV , They are also protagonists of ghost stories to tell in Halloween.

The Nature of ghost cars is neutral because it depends on whether they are haunted by positive energy or negative energy.

Ghost Cars at the Culture Pop 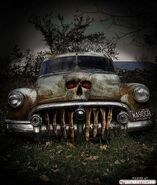 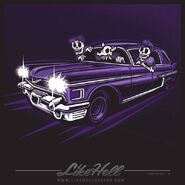 Add a photo to this gallery

Retrieved from "https://monster.fandom.com/wiki/Ghost_Car?oldid=55480"
Community content is available under CC-BY-SA unless otherwise noted.